Splitting your business to avoid VAT

Running two businesses for VAT purposes – is it a good idea? 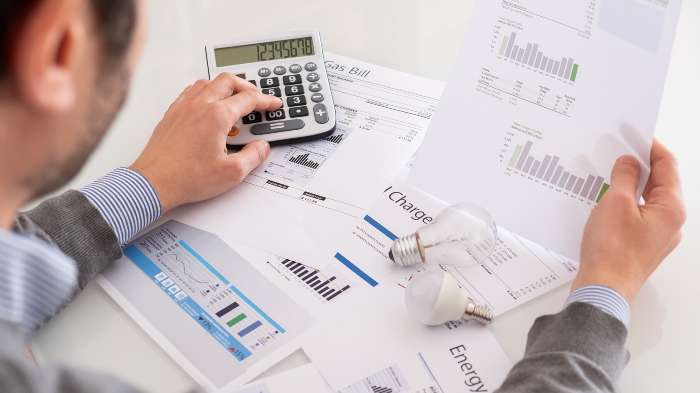 When you’re busy building up a business, one of the less welcome hallmarks of success comes when you have to register for VAT – one way business owners try to benefit is by running two businesses for VAT purposes.

Whether you’re a sole trader, have a limited company or are part of a partnership, once your turnover hits £85,000 the VAT man suddenly becomes part of your life. The only way to keep him happy is to charge Value Added Tax on qualifying products and services and pay your VAT bill every quarter.

Little wonder, then, that some businesses with a turnover that’s likely to breach the VAT threshold for the first time look for ways of avoiding it. It’s something that happened to a trader called Darren Vaughan.

Originally in business as a plasterer, he branched out into liquid floor screeding using equipment that had been funded by a council grant. Eventually, Mr Vaughan’s combined plastering and flooring work got closer to the VAT registration threshold. So he decided to split his activities into two businesses for VAT purposes: he remained a sole trader for the plastering and formed a partnership with his wife for the screeding.

By doing so – hey presto! – he had two separate businesses for VAT, neither of which had turnover high enough to make VAT registration compulsory.

So far, so good. But HMRC wasn’t happy about the arrangement. The VAT man believed that the two businesses weren’t properly distinct and separate, so they decided to retrospectively register him for VAT back to 1 March 2013.

In other words, Mr Vaughan was landed with a large VAT bill.

The case ended up before a First Tier Tribunal (FTT). HMRC’s belief was that “only one business has ever existed for VAT purposes”. On the face of it, you could see the VAT man might have a point. During the case it was revealed that:


There was also an element of muddle between the two businesses’ bankings and sales.

That said, there was also evidence that Mr Vaughan and his wife had made a clear effort to separate out the two businesses. Each was covered by its own CIS registrations, each had its own bank account and the self-assessment returns submitted by Mr and Mrs Vaughan detailed both the sole trading and partnership businesses.

Interestingly, the tribunal found in favour of the Vaughans, with the judge noting that “The appellant and his wife very clearly did intend to separate the appellant’s existing sole trader business into two businesses”.

In other words, it was enough for the Vaughans to prove that they meant to properly separate out the two businesses. They didn’t need to prove that that had actually succeeded in doing so.

So what does the judgement mean for you?

If you have two businesses that aren’t properly separated out, will you also be able avoid having to register for VAT? The short answer is this: possibly, but we don’t recommend that you risk it.

For a start, First Tier Tribunal rulings do not form a binding precedent. You could be in an almost identical situation to the Vaughans and still have a tribunal rule against you. And even if it didn’t, you’ll still face the cost and hassle of arguing your case.

For these reasons alone, it’s a much better idea to make sure that every business you have is properly distinct from the others. That means separate bank accounts, insurances, invoices and all the rest. Talk to us if you need help.

In this way, when the VAT man takes a closer look at your affairs, there will be no activities in common which persuade him that you are in fact running one business rather than two.

And yes, it might be slightly more expensive to operate each activity in this way – but if it avoids hefty backdated VAT bills and tribunal appearances, it’ll be one of the best financial decisions you ever make.