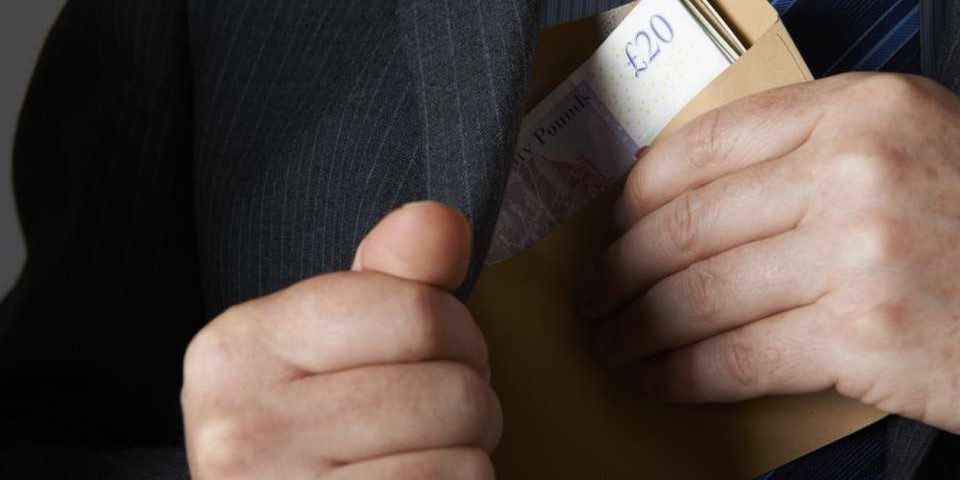 Amost as soon as the Chancellor extended all the coronavirus business loan schemes last month, accountants were raising concerns about the potential risks.

“The scale of fraud is enormous,” one member told AccountingWEB privately. “Criminal gangs have exploited the loophole [as it’s] easy to get money without much effort. Banks are not bothered about giving money away as it’s not their money as the government is covering the loan”

Official estimates of expected fraud losses of up to £23bn suggest the accountant may have a point.

On 30 September the Department of Business, Energy & Industrial Strategy (BEIS) 2019-20 annual report and accounts explained it had to ask for a ministerial direction to put in train the £50,000 BBLS loan programme, which dispensed with the need for any personal guarantees.

“The direction was required because of uncertainty around the value for money case and risk to regularity and propriety of the scheme from fraud and error. Whilst steps were planned to tackle fraud, the eventual level could not be reliably estimated in advance,” the department noted.

As has been common in Whitehall in recent months, the BBLS went ahead after business secretary Alok Sharma issued a direction to proceed on 1 May 2020.

The British Business Bank also had concerns about the scheme, which former chief executive and accounting officer Keith Morgan raised in a formal reservation notice sent to the secretary of state in early May.

“The scheme is vulnerable to abuse by individuals and by participants in organized crime. Alongside the fraud risk, there will be considerable credit risk in the current economic environment, which will be exacerbated by removing significant elements of the credit checks that would otherwise have been undertaken,” the BBB chief wrote.

“You will need to ensure that there are robust controls and governance around these financial commitments that, as far as reasonably practicable, ensure public funds are being used appropriately in the context of the agreed parameters of the scheme”.

The BEIS response was that “given the circumstances in which [the BBB is] being asked to deliver the scheme, it was not feasible to meet this requirement by taking ‘reasonably practicable’ steps”.

With all these warnings, it was inevitable that criminals would spot the potential opportunities too. AccountingWEB readers have already debated the ethics of clients obtaining multiple BBLS with no intention of repayment, while a BBC investigation uncovered criminals setting up “fake businesses on an industrial scale and successfully applying for government-backed Covid emergency loans”.

The BBC spoke to Mark Telling, a victim of BBLS fraud whose personal details were stolen to set up a fake company and “borrow £50,000 in his name under the scheme.

Other sources pointed to Gumtree ads for limited companies that could be pathways for fraudulent BBLS use.

The National Audit Office also investigated BBLS. “The decision to provide funds quickly leaves public money exposed to the risk of fraud,” the official auditors noted. The fraud risk was heightened by the scheme’s reliance on businesses self-certifying application details with limited verification and no credit checks by lenders on existing customers.

The NAO was unable to quantify the full extent of BBLS fraud, but the Cabinet Office’s government fraud function anticipated fraud losses “are likely to be significantly above the 0.5% to 5%”.

BEIS and the BBB estimated that 35% to 60% of borrowers could default on loans. Assuming £43bn is lent under BBLS, the potential cost to the government would be £15bn-£26bn. The full extent of losses, both credit and fraud, will not emerge until the loans start being repaid from 4 May 2021, said the NAO.

“Government will need to ensure that robust debt collection and fraud investigation arrangements are in place to minimise the impact of these potential losses to the public purse,” commented NAO head Gareth Davies.

“It should also take this opportunity to consider now the controls it would put in place to protect against the abuse of any future such schemes.”

The BBB welcomed elements of the NAO report, which highlighted that the distribution of cash was broadly in line with the wider business population and that around 90% of the loans went to microbusinesses.

However, the bankers added that “Much hard work remains over the coming months and years to ensure that the risks to value for money are minimised.”

Back on the frontline of accountancy, our accountant confidant was resigned to further losses: “I wouldn't be surprised if the businesses with Bounce Back oans liquidate and I doubt the insolvency practitioners or government will have much recourse to recover taxpayers money while the delinquent directors would have used the funds for personal gain.

“Billions will need to be written off and taxes raised, and the ones that will gain from the pandemic will be business owners.”