Redundancy and the furlough bonus

Temporary reduced rate of VAT for hospitality and tourism sector

Closing furlough ‘could lead to 10% unemployment’ 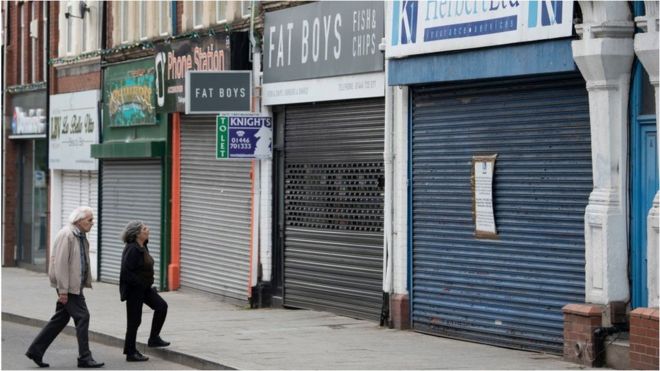 It could push unemployment to 10% this year, the research suggests.

The latest furlough figures show 9.5 million people are using the scheme, the same as a week ago, and at a total cost of £31.7bn to the Treasury.

But those figures are likely to drop quickly, says the National Institute of Economic and Social Research (NIESR).

"The planned closure of the furlough seems to be a mistake, motivated by an understandable desire to limit spending," said Garry Young, NIESR deputy director.

"The scheme was intended by the chancellor to be a bridge through the crisis and there is a risk that it is coming to an end prematurely.

"The scheme has been an undeniable success in terms of keeping furloughed employees attached to their jobs."

The Treasury says the scheme will have protected millions of jobs for eight months when it comes to a close.

"It is in no-one's long-term interests for the scheme to continue forever and right that state support is slowly reduced as we focus on getting furloughed employees back to work," it said in a statement.

The UK's coronavirus furlough scheme will finish at the end of October.

Earlier this month Chancellor Rishi Sunak said he was sorry he could not protect every job.

He also admitted that some of the £1,000 bonuses being offered to take back furloughed staff would go to firms that were already keeping workers on.

From August, employers must pay National Insurance and pension contributions, then 10% of pay from September, rising to 20% in October.

Workers are having 80% of their salaries paid for by the government - up to £2,500 a month - under the scheme, which was originally intended to last until the end of July.

NIESR's research suggested that UK economy could shrink by 10% this year and is unlikely to recover until the end of 2023.

It comes after analysis from the EY Item Club earlier this week that the UK economy could take until 2024 to recover and that unemployment will rise to 9%.

That is a more pessimistic outlook than the think tank's last forecast in April, which suggested a 7% drop in economic output.

However, the outlook is "very uncertain" and these forecasts are a "plausible outcome" rather than a confident prediction, said Mr Young.

"Unemployment is going to rise to about 10% by the end of this year, before dropping back next year, and we think that an extension of the furlough scheme would have been a relatively inexpensive way to limit that rise in unemployment," he said.

He estimates that if the furlough scheme had been kept open, there would have been only 1.25 million using it by the end of the year, "hence it would be a bit cheaper to keep it going".

"The economy is entering a new phase now as it's opened up but people are not confident yet of social consumption," affecting hospitality, Mr Young said. "It's a tricky period."

Debt could reach 105% of the size of the economy, he said. But with low interest rates, this is more manageable, he said.

Savings in bank accounts mean banks are able to deposit more at the Bank of England, which can then buy government bonds, financing government schemes such as furlough, he said.

Of the debt, "you will have to deal with it at some stage," he said.

A review of taxation may be needed to see how the debt can eventually be reduced, NIESR thinks.