Deferral of VAT payments due to coronavirus (COVID-19)

Sunak to extend furlough scheme to end of March 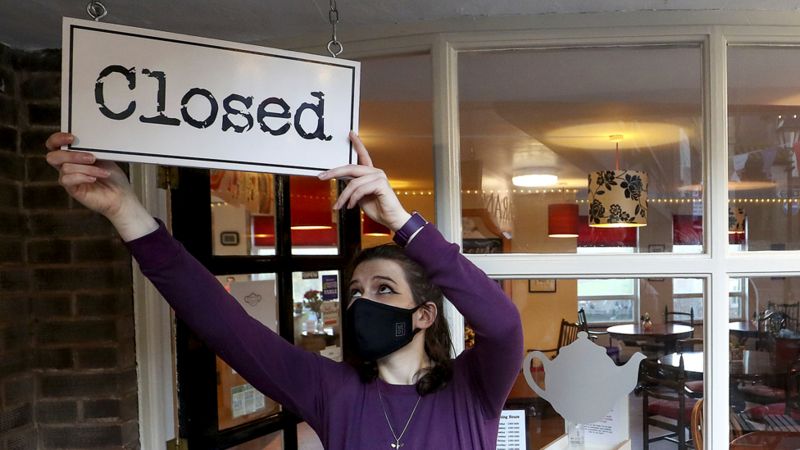 Mr Sunak said the scheme will pay up to 80% of a person's wage up to £2,500 a month. He told the Commons that the government will review the policy in January.

The chancellor said his intention was "to give businesses security through the winter".

"The security we are providing will protect millions of jobs," he added.

He said the scheme would apply throughout the UK, saying the country had "a Treasury for the whole of the United Kingdom".

As part of the revised scheme, anyone made redundant after 23 September can be rehired and put back on furlough.

Mr Sunak also announced billions of pounds of other support for the economy, including more money for self-employed people.

Support through the Self-Employment Income Support Scheme (SEISS) will be increased, with the third grant covering November to January calculated at 80% of average trading profits, up to a maximum of £7,500.

At the same time, the chancellor raised guaranteed funding for the UK's devolved administrations by £2bn to £16bn.

Shadow chancellor Anneliese Dodds accused him of ignoring objections to the government's measures "until the last possible moment".

She pointed out that he had previously "ridiculed" a furlough extension as "a blunt instrument".

But Mr Sunak defended his rapid change of policy, saying: "It is not a weakness to be fast-moving in a crisis, but rather a strength."

This is a change of heart from ministers - and a really significant one. The chancellor and the prime minister did not want to be here.

The furlough scheme was due to end at the start of November. At the weekend, we found out it would last until 2 December. Now it's staying until the end of March.

The government will argue it is necessary because of a changing health picture. They are clearly worried about the economic outlook.

But political opponents have been calling for this for some time and they believe the chancellor has waited too long.

The Treasury has said anyone who was made redundant after 23 September - when the furlough replacement was announced - can be brought back on to the scheme.

But the government will face accusations it should have done this sooner.

The latest announcement follows several days of wrangling over the scope and duration of the furlough scheme. It was due to end on 31 October, but was then extended to cover the new four-week lockdown in England.

That announcement at the weekend sparked a row with Scotland and Wales, which argued that it was unfair for the full support package to be available only when England is in lockdown.

They said the scheme should be on offer if they went into their own full national lockdowns later on.

Mr Sunak's statement comes after the Bank of England said it was pumping an extra £150bn into the economy.

The Bank warned the resurgence of Covid-19 would lead to a slower, bumpier recovery.

More than £50bn has been spent on the furlough scheme since it was introduced in March.

It was originally intended to end in May, but Mr Sunak said at the outset that it would be extended "if necessary".

About 9.6 million people have benefited at one time or another, with a steep take-up in the first few months.

However, some have questioned whether all the money has been wisely spent.

HM Revenue and Customs, which administers the furlough scheme, has suggested that up to 10% of the money delivered by the scheme to mid-August - some £3.5bn - may have been paid out in fraud or error.

It is also unclear whether it has genuinely safeguarded viable jobs or merely delayed the inevitable disappearance of unviable ones.